Washington, DC — Energy equity nonprofit Groundswell and The Temple of Praise, a visionary 15,000+ member interdenominational church located in the Washington Highlands neighborhood of the District of Columbia, today announced a partnership to develop an equitable community solar array on the church’s property that will provide clean, affordable energy for more than 150 households in Washington DC Wards 7 and 8.

“The Temple of Praise, a church that has a long and rich history in the community, is now at the forefront of showing us how a church that is vital to the soul of its community can also offer its neighbors more affordable energy bills, cleaner electricity, community investment, energy equality, and a neighborhood profile as a national leader in renewable energy,” said Pastor Danté Overture King, Director of Community Engagement for Groundswell. “This project is groundbreaking, and it can be replicated across the city and the country to give our communities – many of whom have been left out of the clean and affordable energy conversation – ownership over their energy future while bringing multi-million dollar investments to the neighborhood.”

“Our church has always been a community church,” said Pastor Walter L. Staples. “From the day my dad, Bishop Glen A. Staples, was installed as Sr. Pastor, we were on a mission to empower our community and reach out to the many who felt the most looked over and left behind. It’s been challenging at times, but we’ve been very successful.” Pastor Staples continued to say, “When we received the call from Groundswell and the conversation was about community power, it was a no-brainer. We can help people save money on their utility bill while being environmentally friendly. I said let’s go.”

Through the partnership, Groundswell will work with The Temple of Praise to develop and construct a landmark solar installation that will also serve as a canopy for the church’s parking lot. The solar array will be connected to the power grid and, thanks to Washington DC’s community solar law, any community members who pay their own power bills, including renters and owners, would be able to purchase affordable electricity from the array and reduce their monthly electricity bill. Groundswell projects a minimum savings of 10% on electricity costs for low and moderate income household subscribers.

Community solar is an emerging distributed energy solution that holds the promise of radically expanding clean energy access to the half of America that can’t participate in rooftop solar because they don’t own their roof, don’t have a roof in the right location, or don’t have a high enough credit score. Community solar is currently a modest part of America’s energy mix with fewer than 150 projects in operation across the United States. Once constructed, The Temple of Praise project would be the largest community solar project in the District and the first in Wards 7 and 8.

“Groundswell’s mission is building community power, and we are grateful to work together with The Temple of Praise to serve the neighborhoods and the people of DC Ward 7 and 8 with clean energy investment, economic opportunity, and electricity cost savings,” added Michelle Moore, CEO of Groundswell. “Solar energy is abundant, and its benefits should be available to all.”

Community solar holds the promise of delivering local investment, jobs, and economic development for the Washington DC neighborhoods located Southeast of the Anacostia River, while delivering household electricity cost savings that can help make staying in the neighborhood more affordable for longtime residents. 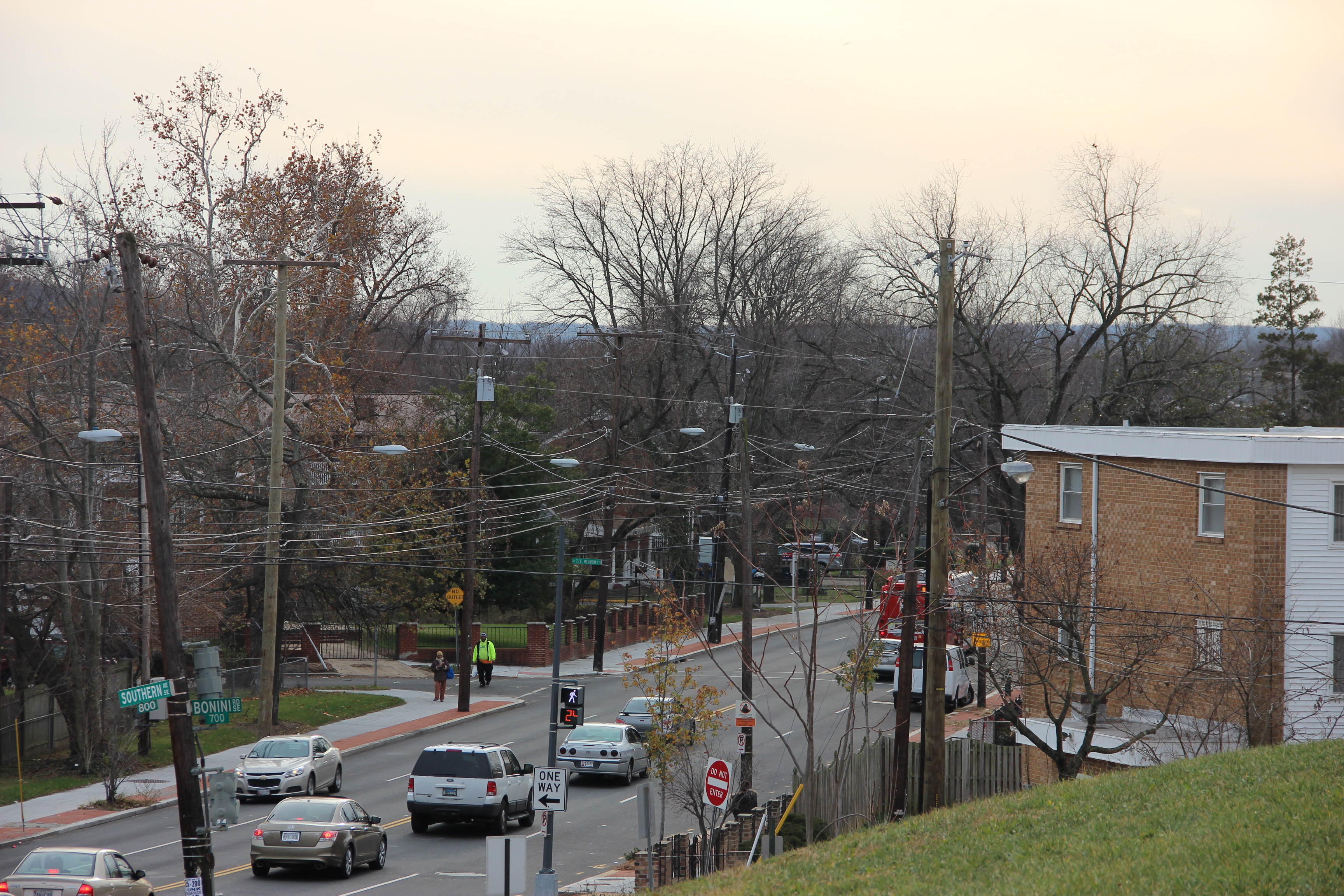 Washington DC’s Ward 7 & 8 are located to the Southeast of the Anacostia River in the District of Columbia. Its neighborhoods have one of the highest percentages of renters per capita in the District, and more than half of its rental units are considered unaffordable by U.S. Department of Housing and Urban Development standards. In addition, the energy usage per residential square foot in Anacostia is the highest in the city, contributing to unaffordable energy bills.

Community solar allows households to purchase affordable clean energy produced close to home, without installing any new equipment. Using this model, a large solar array is built in a location with good sun exposure and access to the power grid. Anyone who pays their own power bill, including renters and owners, can buy subscriptions for a portion of the energy produced by the system, which is credited against their power bill.

The District government is pursuing a number of initiatives aimed at enhancing the economic prospects and housing needs of Ward 7 and 8 residents, including the enhancement of the Housing Production Trust Fund and the implementation of the DC Housing Preservation Strike Force’s recommendations.  Deploying community solar projects can be a key additional opportunity to lower housing costs and to drive community led economic development.

Solar projects provide recurring lease payments to property owners for the use of space that is often not fully utilized for income, including rooftops and parking lots.  The District’s strong financial and policy incentives related to its sustainability plan, net metering legislation, and renewable portfolio standards have created an environment where long term stable cash flows could be guaranteed for many of the larger existing property holders in Wards 7 and 8, such as churches, low-income housing providers, and other community based organizations. These kinds of ancillary sources of income can help enhance the economic vitality of existing housing and community service organizations so they can remain in the neighborhoods they serve. In addition, electricity cost savings for households that subscribe to community solar projects for electricity can keep the neighborhood affordable for families.

Groundswell is a nonprofit organization that builds community power by helping families save money while taking control of their energy future. We believe that clean energy is a necessity, not a luxury; we’re all in this together; and it’s not OK to leave our neighbors behind. Groundswell focuses on economic equity and the energy sector—operating community solar, clean energy, and efficiency programs throughout the Mid-Atlantic that educate, engage, and mobilize economically diverse households and businesses.