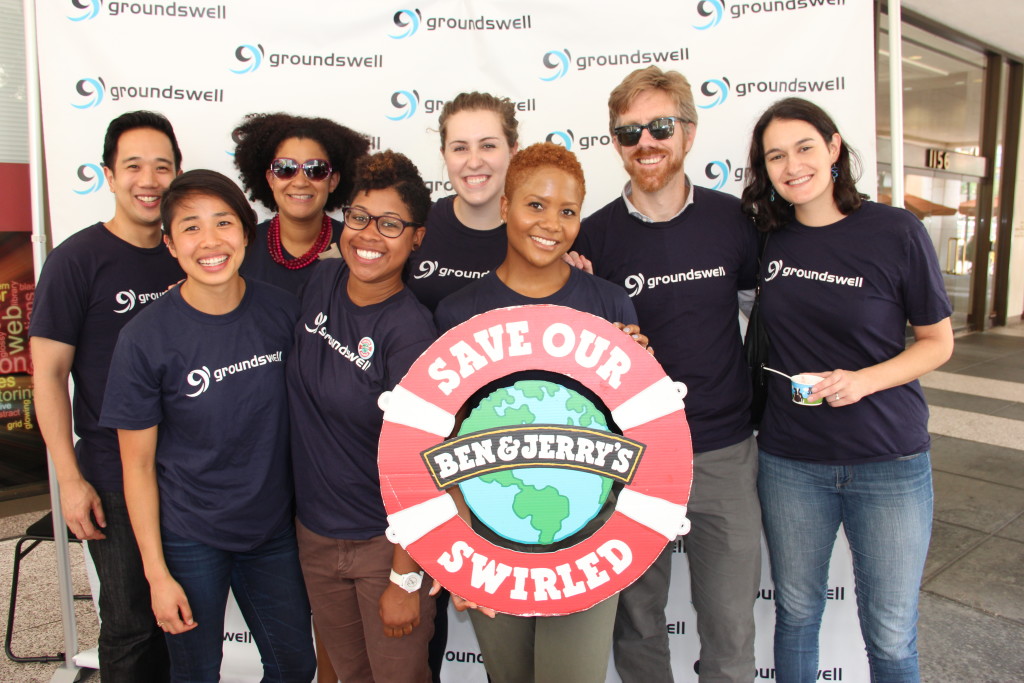 That’s what eco-friendly Ben & Jerry’s believes—and they’re partnering up with Tesla Motors on a cross-country trip to prove it.

This summer, Ben & Jerry’s is traveling to 12 different cities across the U.S. to spread the word about climate change and climate justice—and to encourage people to take action. Their latest ice cream flavor, “Save Our Swirled,” (which contains raspberry ice cream, marshmallows, and white and dark fudge chunks) is the featured flavor on the tour, under the tagline, “If It’s Melted, It’s Ruined.” Representatives from the company are traveling around each city in a Tesla Model S, which has been retrofitted with freezers, allowing the ice cream to be served directly from the all-electric vehicle.

The tour is designed to help everyday people access and understand the need for climate change action. Attendees at tour stops are encouraged to sign a petition demanding 100% renewable energy globally by 2050. This petition will be delivered to officials at the 2015 United Nations Climate Summit, which will be held in Paris, France this fall.

Climate change is not the first social issue that Ben & Jerry’s has taken up: the company has used the ice cream cartons to raise awareness for poverty alleviation, same-sex marriage, and sustainable living, and the founders have been vocal supporters in #BlackLivesMatter. But Save Our Swirled, said Chris Miller (Ben & Jerry’s Social Mission Activism Manager), is the company’s first global campaign, and brings people together on an issue that connects environmental issues and social justice:

“For us, the issue of climate change is not just an environmental issue. It’s a serious threat the poorest and most vulnerable people on the planet.

We created a flavor to bring attention to this historic issue and to send out our own SOS for our planet.”

On Monday, July 6, the Save Our Swirled Tour rolled through downtown D.C., and stopped by Groundswell HQ to offer free ice cream to staff and curious bystanders, and to collect signatures for their petition. 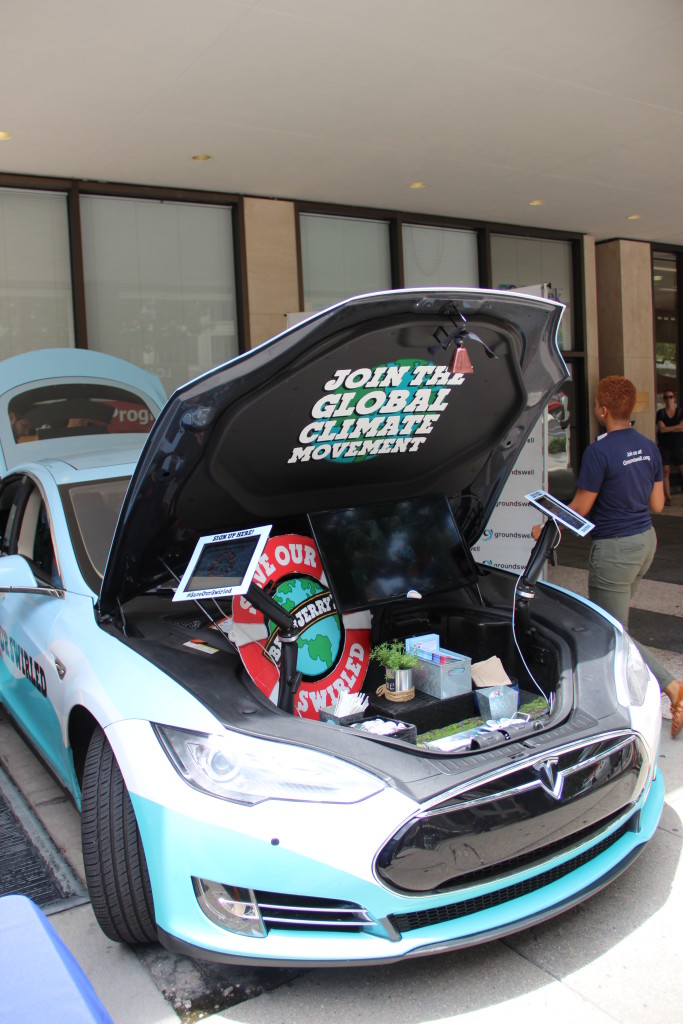 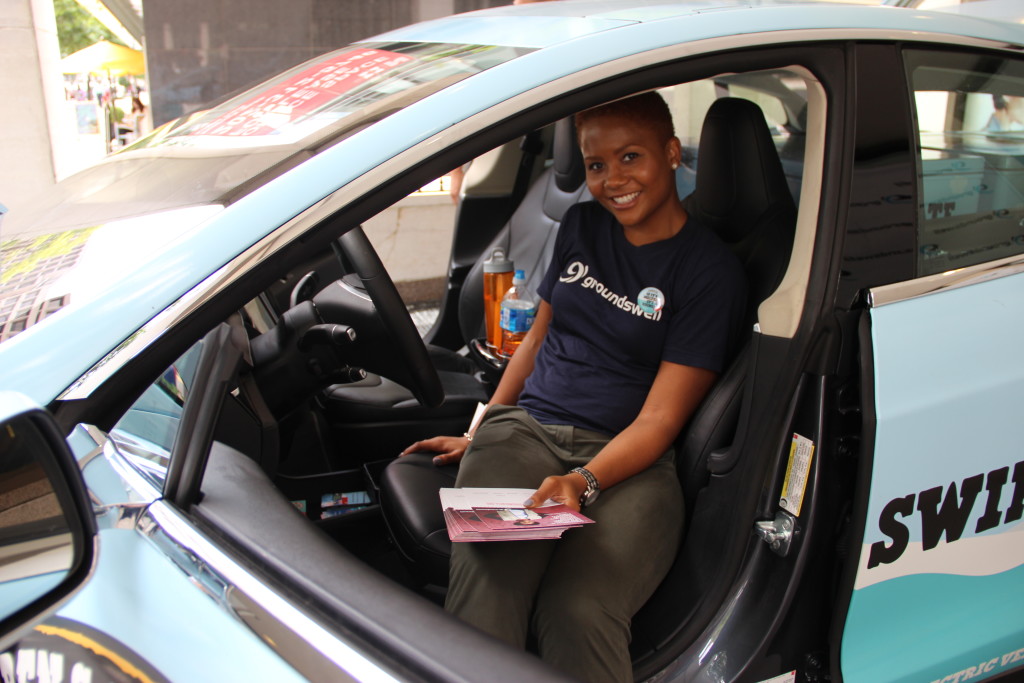 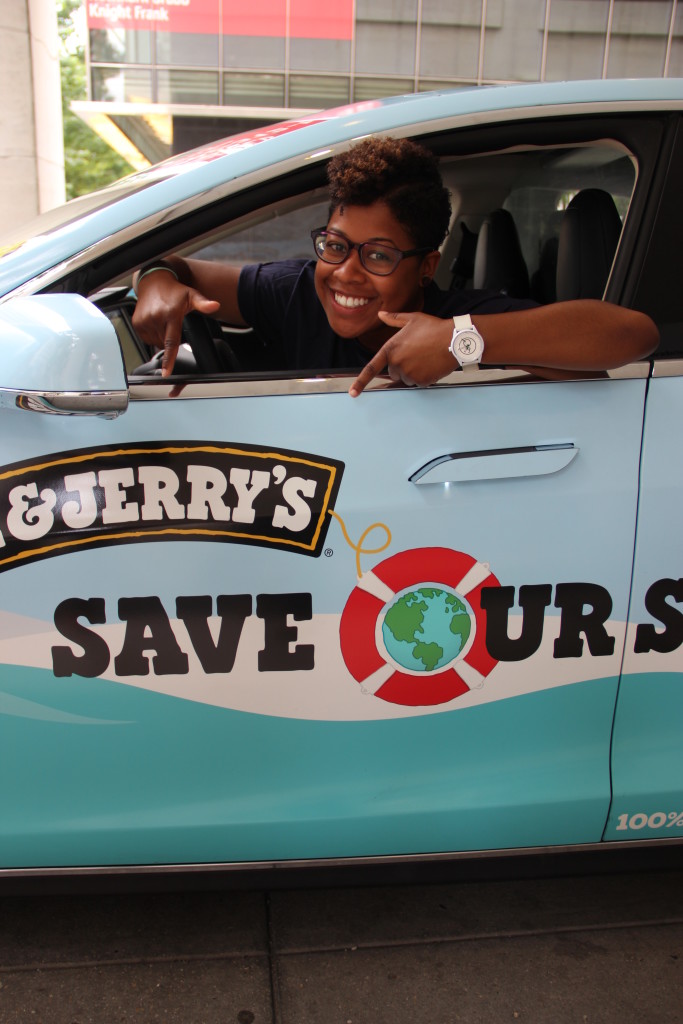 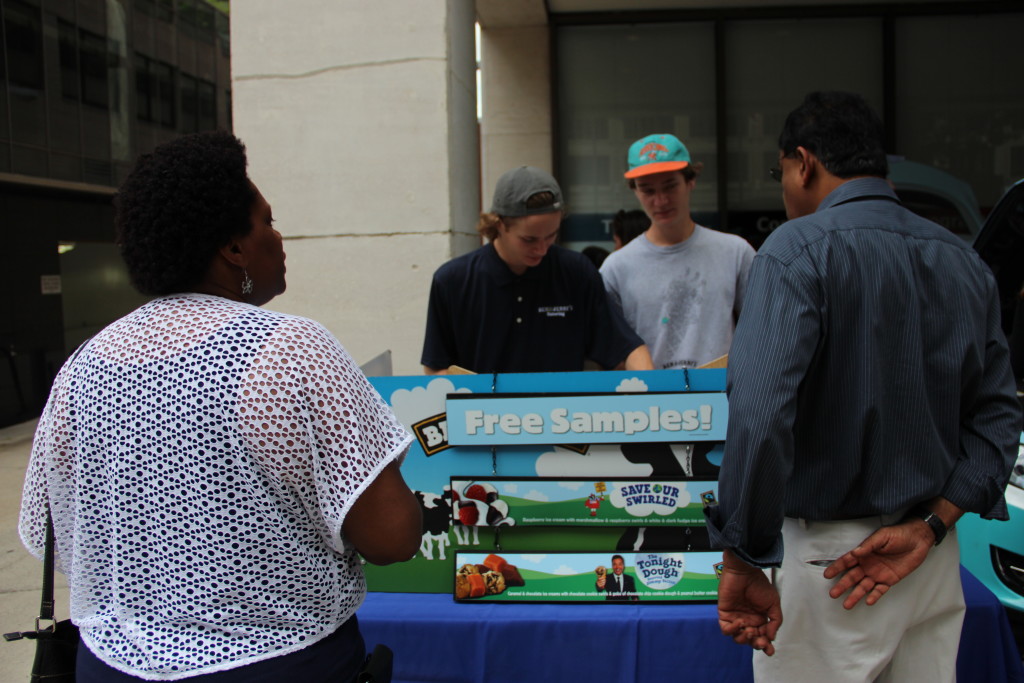 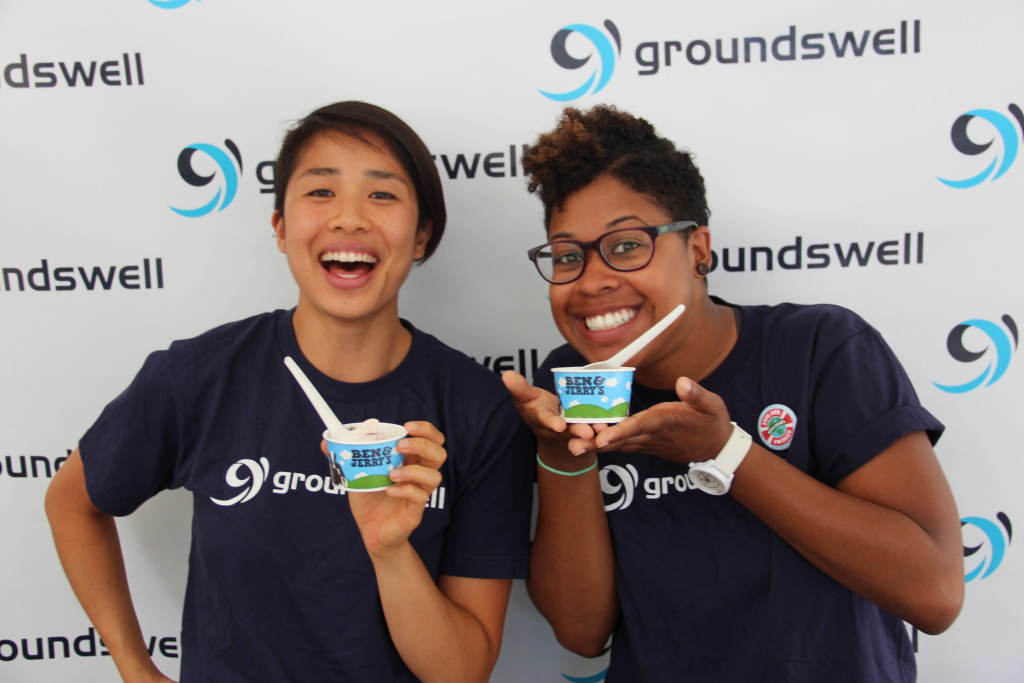 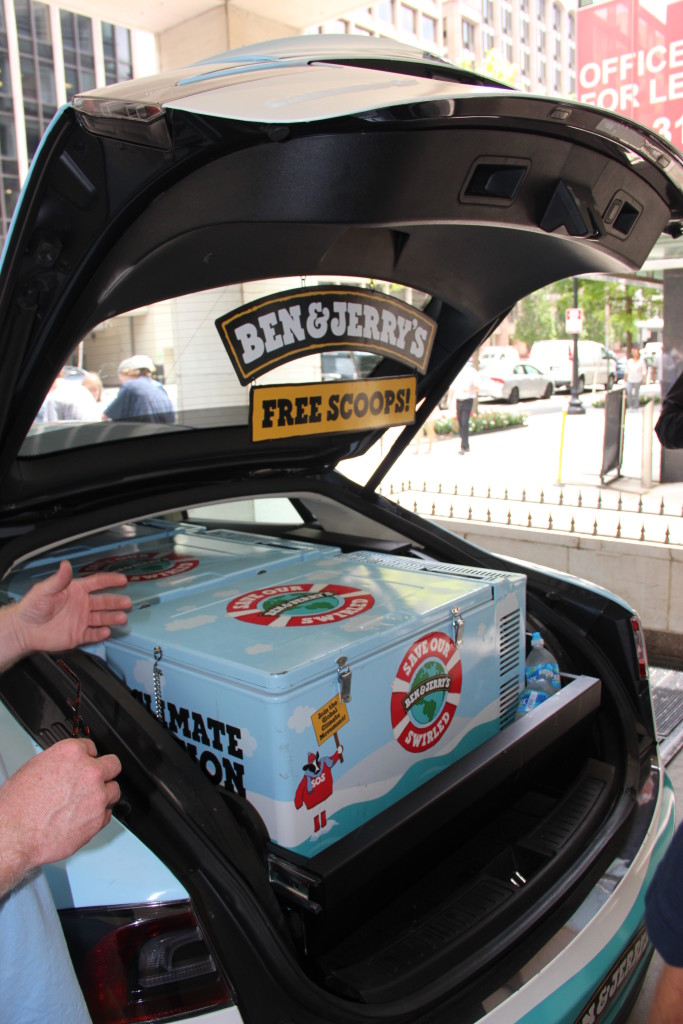 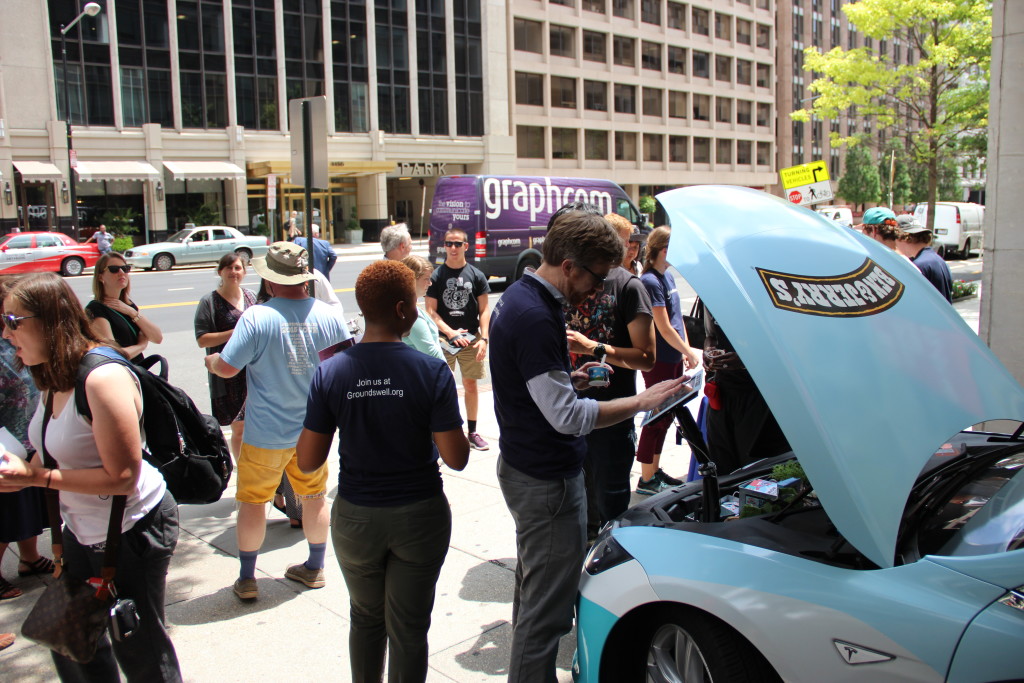 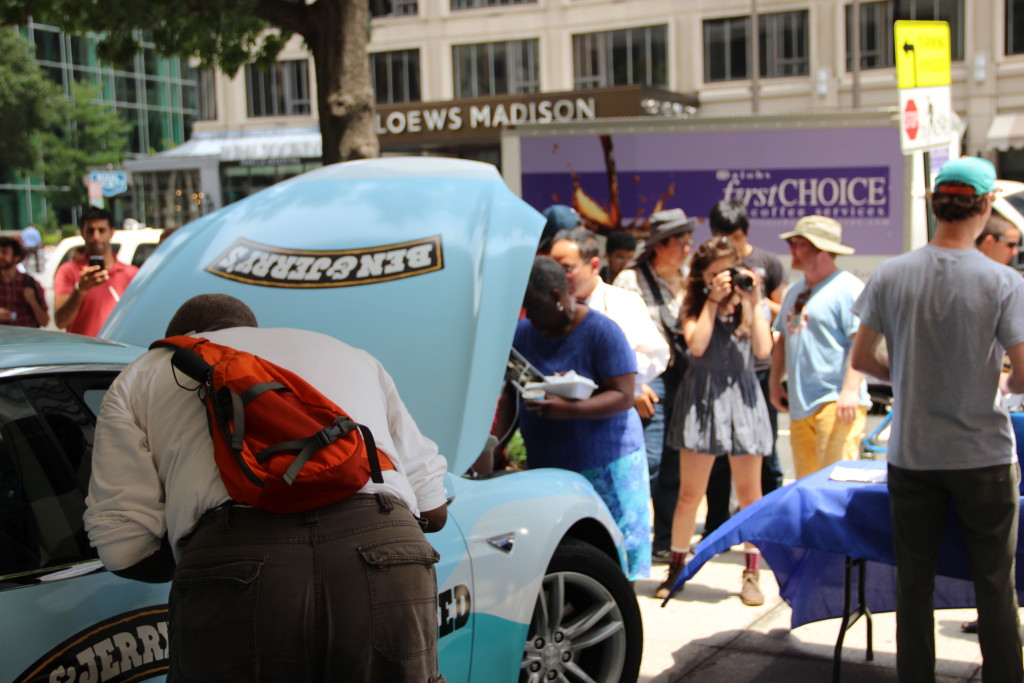 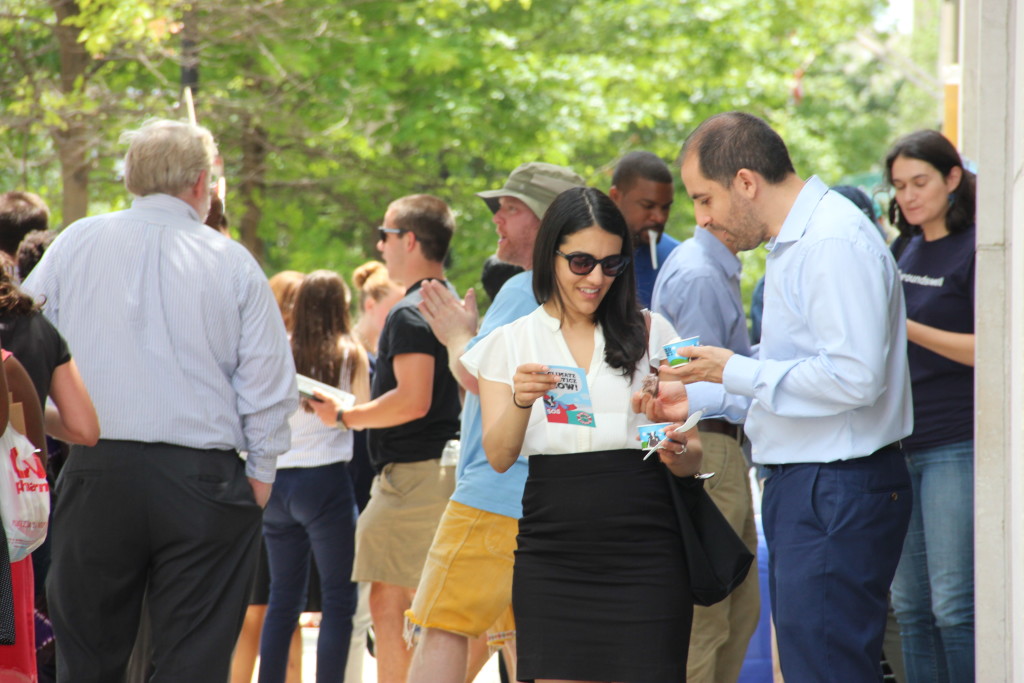 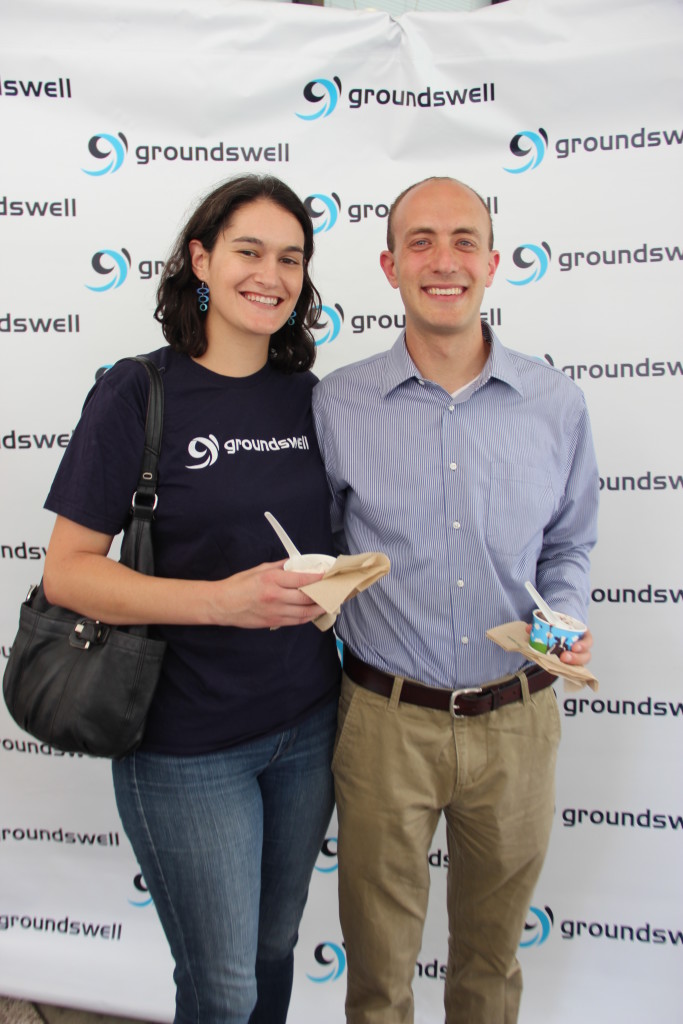 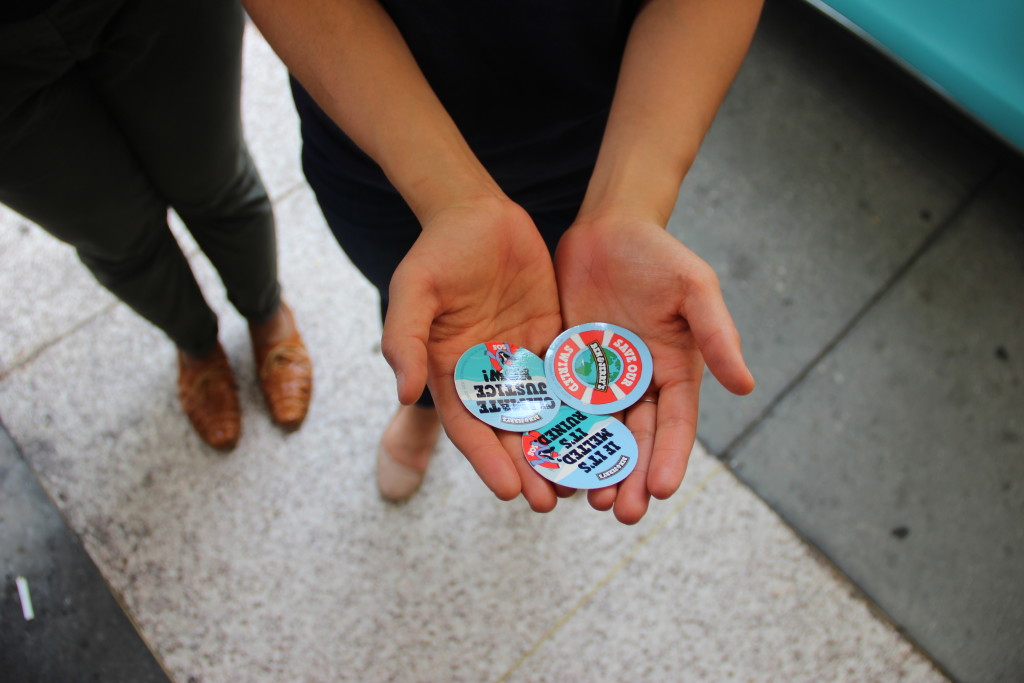 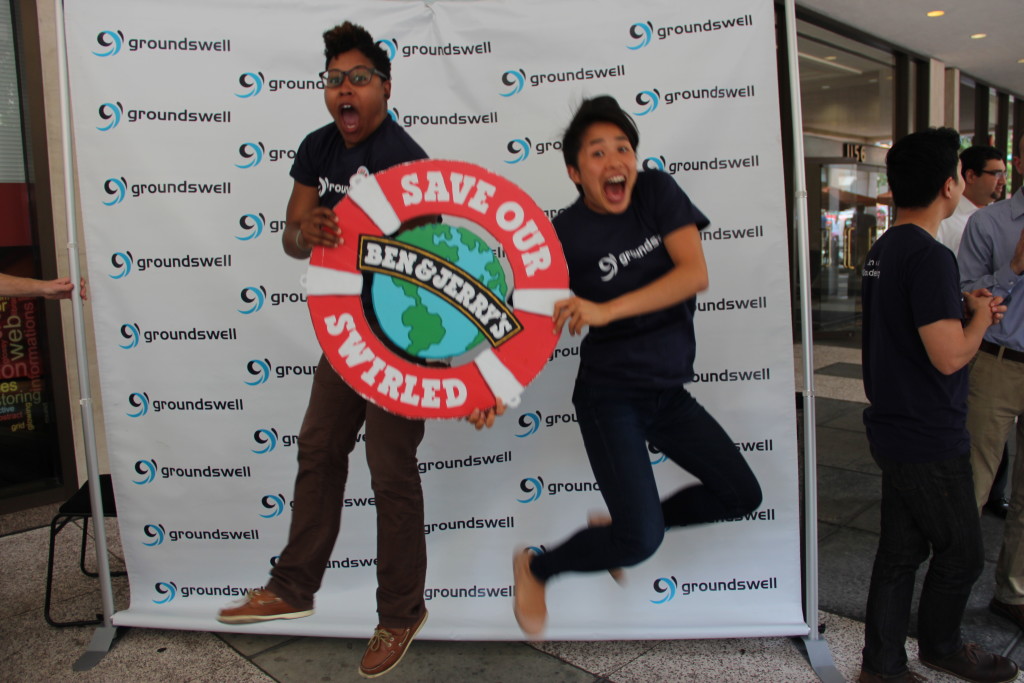 Who’s next—your city? Tweet at @BenJerrysTour using the hashtag #SaveOurSwirled, and they may stop by a street near you!